Our Trip With Angel & Her Family

COVID, COVID, COVID.  No matter your stance on this terrible virus, we can all agree it’s impacted all of us.  From my perspective, it didn’t affect me all too much.  I had my second son during quarantine, and even in normal circumstances you don’t leave the house much after having a baby.  I was home with my newborn, a house full of relatives, and a backyard in a place with a great climate.  Well, Angel was not so lucky.  She fell on hard times, and long story short, lost her housing and found shelter at Samuel’s House in Key West. 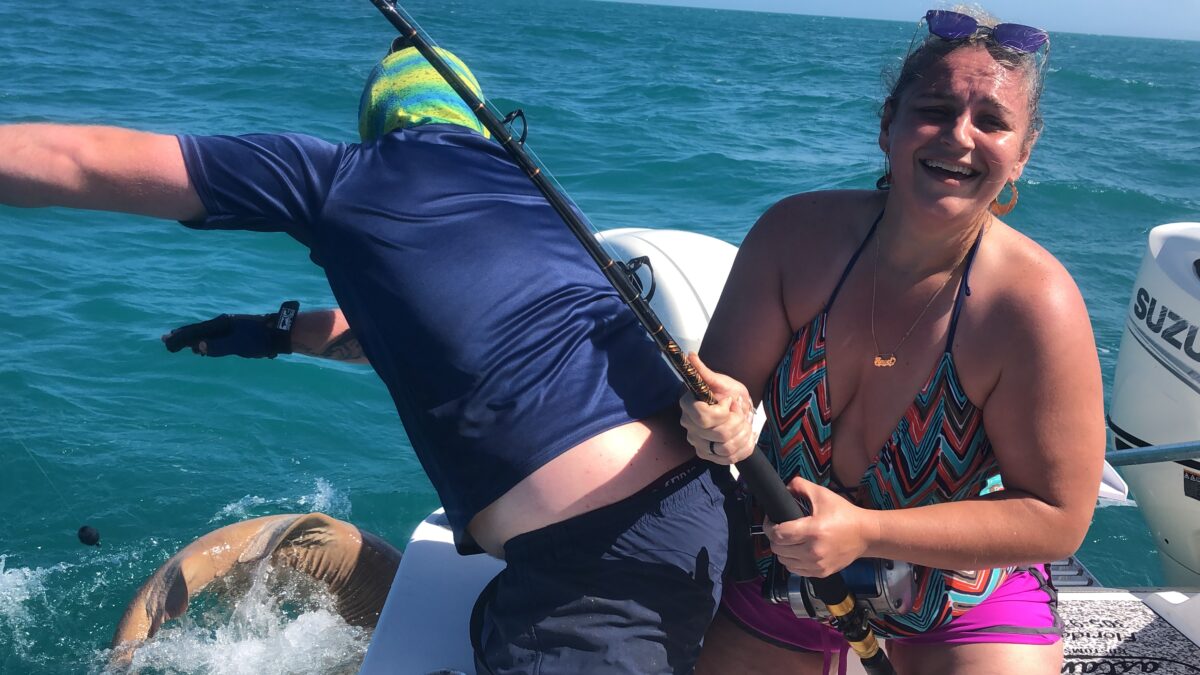 Samuel’s House provides emergency shelter and is a transitional facility providing temporary-to-long term housing with supportive services and resources for women with or without children.  Angel had just gained custody of her children, after a custody battle with the father for nearly 2 years; where he had them and lost them to the State. Due to her having to stay home, she lost hours at work, and since then has had a hard time getting back on her feet financially and got very behind on all her bills. It has been hard finding her assistance as she was working part time so would be denied.

I met Angel at the dock with Marlin Scott, owner of Fish Monster charter fleet. Over the years, Marlin and his wife have helped support the Foundation in many ways. After my father died, and the foundation was formed, his wife Dianne asked to interview me. She wanted to talk about growing up with one of best fisherman of all time and what we plan to do with the Foundation. I was surprised that people were interested in my story. I mention this because our relationship has grown exponentially since then. They understand love and loss all too well, and unfortunately, having that in common has brought us even closer. 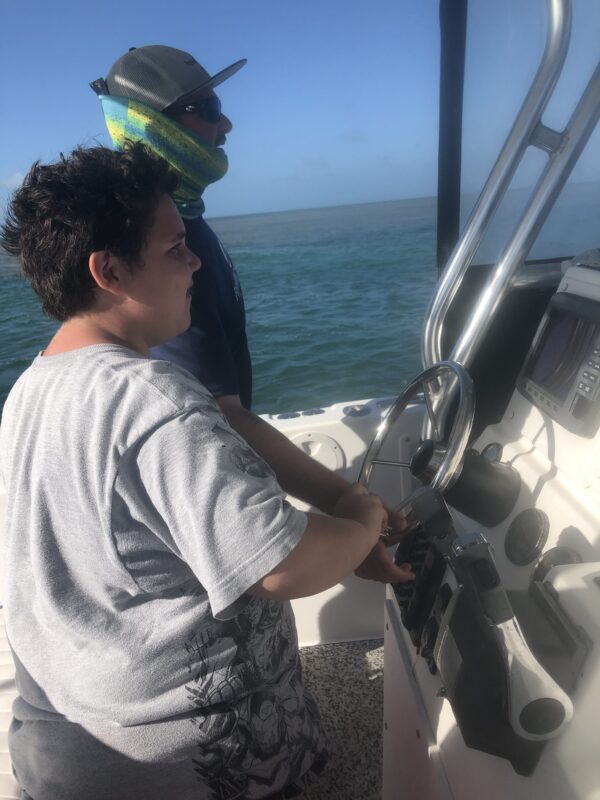 Marlin introduced me to our Captain Sam. Sam is a young and hungry captain. Riding out, I could tell he was dead set on giving us 110%. We talked about my dad, and how he was honored to be doing this trip. It never gets old hearing people discuss how my dad inspired them.

Angel has fished a lot over the years, but mostly off a bridge. Her boys had never been on an offshore boat. It’s trips like these that I always hope can create positive memories for the family after what they’ve been through. Well … mission accomplished! Angel brought up (with no help, I might add!) one of the biggest nurse sharks I’ve seen. If you’ve ever caught one in deep water, it’s like pulling up a 200-lb water-logged log. 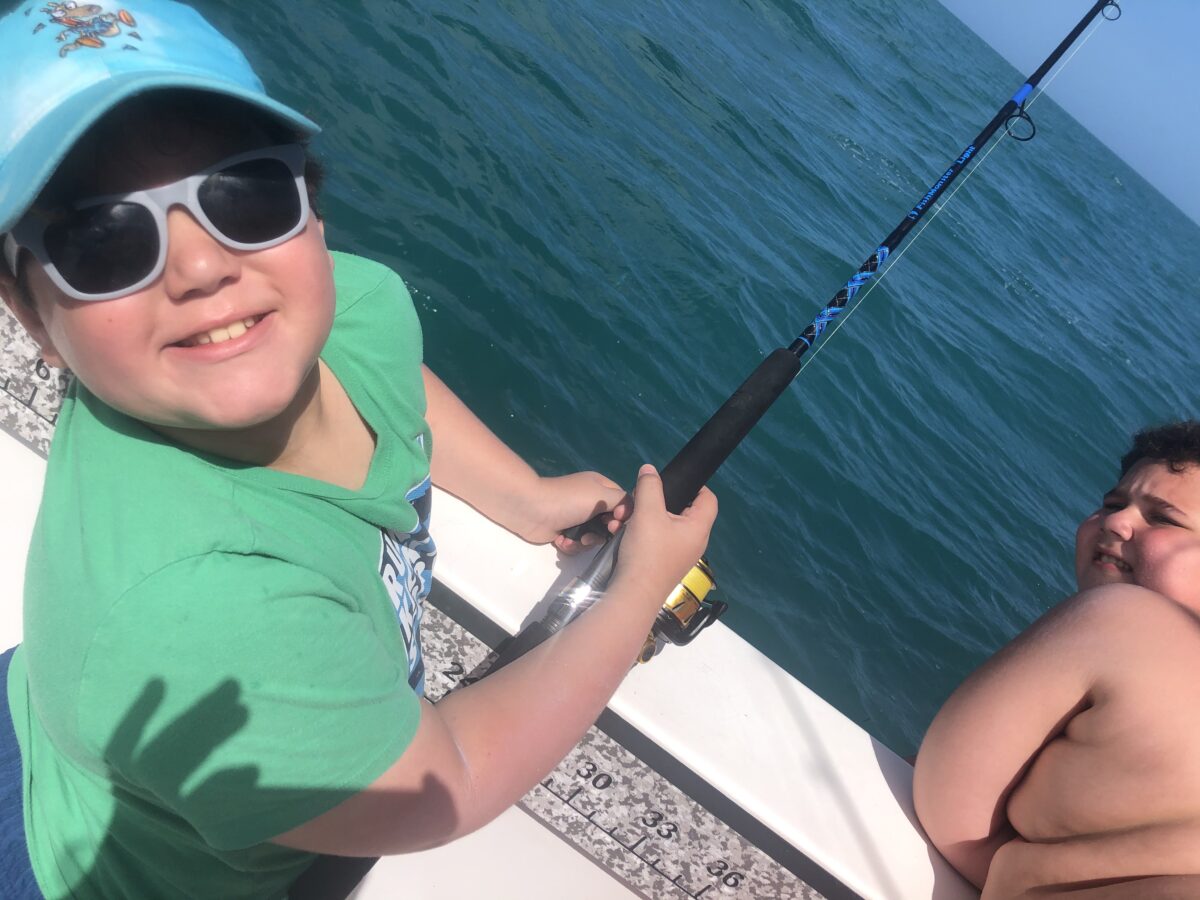 Angel hasn’t fought a fish over 30-lbs, and it can be exhausting. She continued to dig deep, remembering that when the fish rests was her chance to crank down. As we cheered her on, we saw color and were all surprised to see a fish that big being brought up and not breaking off. This woman has “dug deep” in so many ways in her life, and she was not planning to let this shark win. She spent a little time hanging off the side of the boat after that, but eventually got a second wind. We bounced around to a few more spots, catching some yellowtail before heading in. 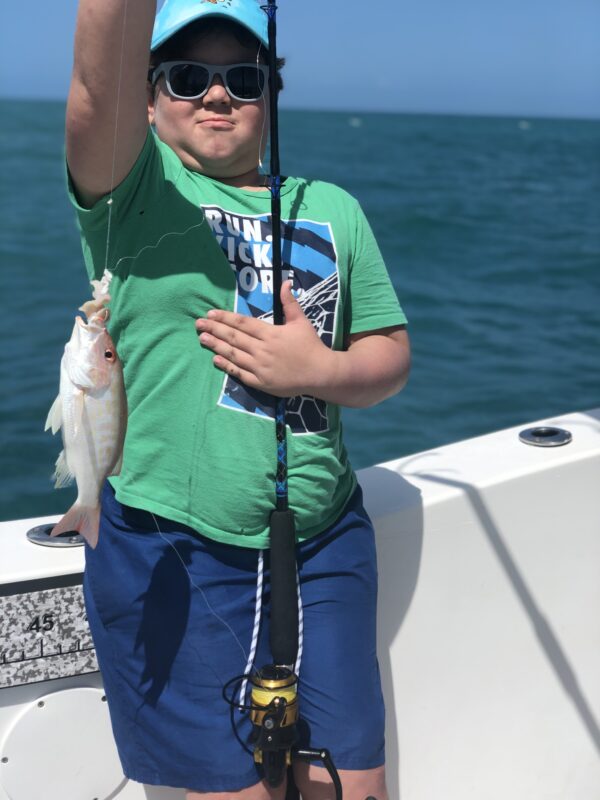 It is always special to be a part of these trips. Marlin told me that he loves doing foundation trips because the family will remember the trip for years to come. Angel’s determination to do whatever it takes for her boys and their unconditional love for their mother made my heart smile. I understand what it’s like being a single mom and understand that when your babies look at you as if you are their world…it keeps you going. I have no doubt in my mind that Angel will continue to move up, and those boys will continue to thrive.